One of the highlights of my TransFORM experience this past weekend was attending a storytelling workshop led by two creative minds.  Melvin Bray and Russell Rathbun made some space to talk about reading the Bible and retelling these stories, and evoked lots of energy and creativity from all of us gathered there as we re-experienced the story from Exodus 1-2 and did a 5-minute writing exercise.  It was a lot of fun, and a true indulgence for me to try to get one over on ol’ Pharaoh. 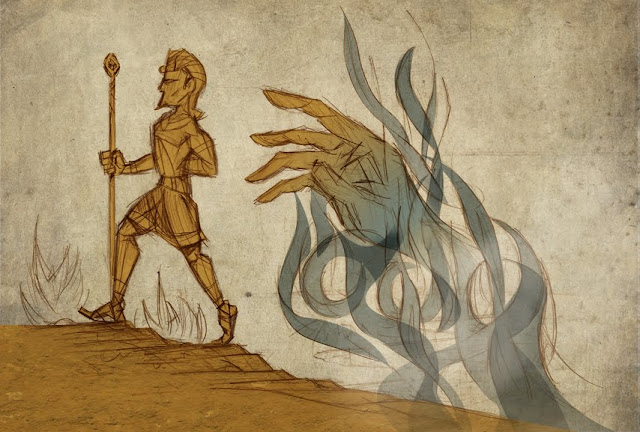 One day, Pharaoh went about to survey his kingdom.  He moved to the left and to the right, becoming increasingly intoxicated with his own wisdom and might.  Walking up to the Nile, he could almost feel the mass of water moving.  He considered his own power, and even thought he heard the water moving like the power that flowed through him.


…but that sound was the whisper of the river.  The almost silent witness of the bones that lay on the bottom.  Over days, the whispers became murmurs. Over weeks, the murmurs became voices.  Until years later, the screams from the water drove him insane.

(Art by the talented and highly lauded Jon White.)


UPDATE:  Melvin published some audio here.  (And I think I like his title much better.)