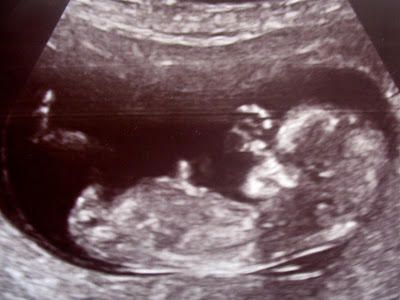 As a couple who has long struggled with infertility, our decisions to get pregnant have been both weighty and lengthy.  We’ve had to consider medicine and ethics, as well as existential questions and the propriety of ‘playing God’.  And as we’ve journeyed deeper and deeper into infertility treatments, we’ve had to dig deeper and deeper into our bank account.  We went through IUI (inter-uterine insemination) for several iterations before we turned to IVF (in-vitro fertilization, aka ‘test tube babies’).  Our first successful pregnancy (of twins) was via IVF, and our second pregnancy was with a ‘kidsicle’– the frozen embryo from the first cycle (IVF again).  These conceptions were anything but spontaneous, and the pregnancies themselves were filled with deep uncertainties and exhausting investigations into the health and well-being of the unborn children.  And, after we cared for our son and finally lost him to his heart condition, we’ve wrestled with the never-ending worrying and wondering about whether we should have ever embarked on parenthood at all.

So when my wife came home from work shortly before Christmas and produced a plastic stick with a ‘+’ sign on the end, I was utterly aghast.  Instead of hundreds of hours of deliberation filled with thousands of unasnwerable questions, we got a definite answer to a question we hadn’t asked:  We were pregnant.  And though I would never have chosen it (and would have likely argued against it), in that singular moment I felt the most abundant and clear sense of elation at the news.  I was freed from the open-aired prison called ‘Overthinking’, and quickly moving down the track in the shiny new roller-coaster called ‘Surprise Pregnancy’.  I couldn’t be happier.