Getting Into the World by Getting Out of It 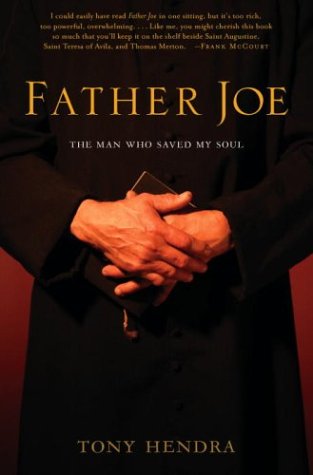 I found a recommendation for Father Joe buried in a Tony Jones post, and would have overlooked it but for the reference to Spinal Tap that Tony dropped (the author of this wonderful book is the actor who played Ian Faith, the resourceful and courageous manager for the world’s loudest band). It is so good that even an habitual speed-reader like me will happily slow down and savor every bite.

Tony Hendra meets Father Joe as punishment for his willing victimhood in a Mrs. Robinson affair with a married woman. Yet his 14-year-old guilt is met with grace, and the two continue a relationship across a lifetime and thousands of miles. This stereotypical Benedictine monk at Quarr Abbey becomes for Hendra a confidante and comfort and friend during his initial obsession with joining the monastery, and then during his ascendancy through the satiric ladder in NYC and LA (publishing, television and film), and his subsequent career in writing, before finally embracing his calling as a husband and father. Teaching him over the course of 30 years that the greatest sin is not worldliness, but selfishness (or, as Father Joe would say, ‘a lack of selflessness’).

Through this masterful memoir, Hendra paints a picture of a true saint, yet one who is in the end exemplary for his simple humanity. Father Joe is a man who lives a cloistered and celibate life, but one that is somehow more connected to the secular world for its separation from it. Indeed, his vow of detachment makes him that much more attractive, like a covalent bond between molecules attracting people from all walks of life– secular, sacred, and otherwise.