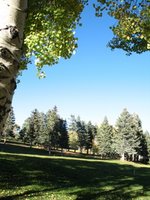 I haven’t done all of my research yet, but I’m aware of some vague prescriptive process for dealing with loss, and some theoretical stages of grief, and some other stuff that harkens back to my Psych minor. But from the middle of this, I have to say that this whole thing just seems crazy. I don’t discern any process or steps or anything more than some very disorganized thoughts. At times, I wonder if this whole landscape is better seen through Brueggemann’s ‘Orientation/Disorientation/Reorientation’ rubric, where I need to ultimately accept that my new ‘orientation’ is ‘disorientation’. All I know is, it feels like someone has reached inside my head and heart and gut to scramble up all of my thoughts and feelings, and my new task is to get everything organized again.

Ella has been fighting a bug all week. My head knows that it is no big deal– she’s throwing up, and running a fever, and entertaining us with her squishy diapers. We’ve been in close contact with our heroic pediatrician, and have been reassured. We’ve certainly been through worse. But try telling that to my gut in the middle of the night. Repeating my mantra, “she’s not dying, she’s not dying…” My eyes are transfixed on her pale, limp fingers, lethargic eyes, and squirmy arched disposition and can’t help but flash back to the early hours of that dark Tuesday morning when her brother died. So I stare at her sleeping– her chest slowly rising and falling– and wonder by what magic any of us cling to life.

When I think of heading back home tomorrow, the dutiful part of my brain remembers to schedule a visit to the funeral home to pick up Will’s ashes. The very next minute, some stray thought bubbles up to imagine a joyful reunion with him. In some twisted way, I forget that he’s gone; that I can’t go see him anymore. When we were driving to the beach a couple of weeks ago, I nearly stopped on the entrance ramp to 395 South. It wasn’t that I was driving anywhere– it was that I was leaving, instead of going toward the city to see him. When my airplane window panned over Washington DC at takeoff I was sad to be leaving my son. Only he isn’t there anymore; isn’t anywhere that I can access.

I listen to a giggling kid deliver a homegrown Haiku and feel effervescent at the glory of this vivid expression of joy and creativity. And then I feel my knees go weak as the thought ‘you’ll never know your son that way’ shoots through my brain.

Some of the best advice I’ve gotten over the past couple of weeks came from several folks who’ve been through similar loss. “Don’t try to get over this,” they say. I think they mean that attempting to forget or move on is pointless, and that seems very right to me. At the same time, I don’t want to be so haunted by these thoughts, or to spend the rest of my life looking back, or –worst of all– forge a path ahead together with Eleanor in the shadow of William’s life and death. So I guess I’m stuck in the middle, at least for now. 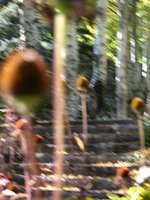 Our time at Glorieta concluded in the prayer garden, where the fall sun casts long outlines of trees on the cool, embellished earth. While there, we were encouraged to look around the surrounding fields, where unseasonable rains had brought life to seeds which had been dormant for twenty years. Asked to consider what God was bringing alive in each of us, my answer came quickly to mind: “sorrow, and pain.” The plants that have taken root are not new, or even dark, and they are not themselves depressing. They are beautiful, and hold aloft colorful flowers, which beckon me with what I imagine to be a pleasing scent. True, they must bear thorns and their growth will surely not be without hardship. Yet collectively, they somehow promise freedom, as they themselves go to seed.