The Soundtrack For My Life 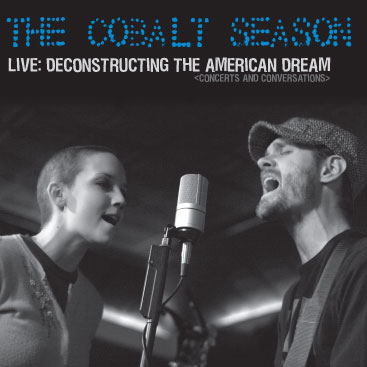 The new Cobalt Season album is really wonderful. It captures the essence of one of Ryan’s house shows, complete with hecklers, laughter, poignant stories, and quirky comments. And Holly joins him for some beautiful background vocals and to play some cool flutey instrument that I can’t Google, for some reason. They sound great together, and the guitar work somehow has more layer and nuance and rhythm than in the previous studio album. Dude’s got some serious chops.

I’m just a wee bit unsatisfied with the playing order– ‘Begin Again’ is probably my favorite song, but the intro to ‘October’ is so chill and direct that I think he might have put that right up front. Then again, what do I know?

But my man is really on to something here. The live Ryan lets us feel his soul even more than we did on ‘But I Tell You’. When he’s in this element– sitting in someone’s living room with a little chaos all around him– his heart comes through, and we see both his yearning and his humble hesitation; his idealism and his honesty; his critique and his scathing self examination. So there’s more of what makes his artistry great: the cynicism is sharper, the mourning is more soulful, and the hope is more tangible. We see the lies all around us, and realize that a better way is right within reach.

And now that this pilgrimmage has brought so much life, I’m even more excited to see what’s next. Godspeed, Sharps! 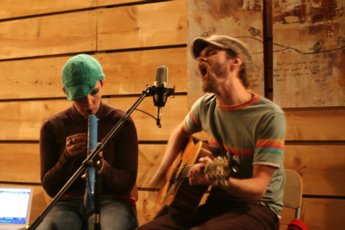