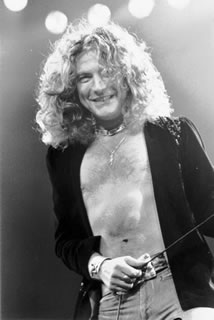 I’m in a kind of musical groove, what with the car stereo working, plenty of holiday hang-time with several musical aficionados, and some gift cards burning a hole in my pocket. I listened to The Be Good Tanyas with the brother-in-law, and enjoyed their folky/grassy/bluesy/funky style so much that I bought my own copy. Like all truly great acoustic music, it rocks even more than the plug-in kind. Plus, they’re Canadian.

I also tried to play catch-up with G. Love and Special Sauce. Who I’ve heard a lot about (as a Jack Johnson fan) and who I recently heard in someone’s car. Their first album is so old that it is in the discount rack at Best Buy, but I’m grooving with it. I like cold beverages as well, G.. Yo.

But the place at the top of the CD pile is taken by Robert Plant. Who has brought me through quite a lot in the past fifteen years or so. He rocked me through college, inspired a couple of (shall we say) expressive hair phases, enlivened more than a few jobsites, conspired as a silent partner through the professional pastorate, and carried me through one painful breakup with the wife (way back when she was known as ‘the girlfriend’). 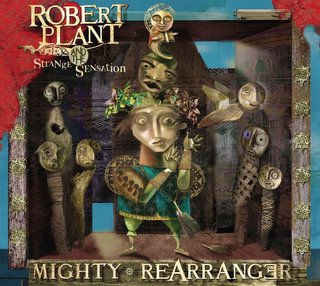 His new album continues to draw on musical styles and instruments and rhythms from around the world, especially North Africa. And he employs such rich instrumentation that I frequently wonder if two tracks have been laid over one another, until the chaos resolves, or the overarching syncopation becomes clear. It is great music, with just enough percussive, instrumental, and lyrical Led Zeppelin references to make a true Zep Head grin with aural pleasure.

So far, my favorite track is the first one, Another Tribe. It is packed tight with many powerful instruments, both ancient and modern. Musical elements from both first- and third-world coexist at times, and compete at others. Plus multiple rhythms meted out with a wide variety of percussive pieces pound forward in a way that is quite nearly disjunctive. And through the middle of the cacophony, Plant sings plaintively:

Another tribe… another brother
Torn between his lover and the gun
Another god…. another mother
Weeps to justify the damage done

I wonder, through the lies and dirt
I wonder, will the meek inherit all the earth?

As truth collides with propaganda
Just another victim on the run
The world outside, all fluff and candor
Seeks to justify the damage done

No wonder, so much pain and hurt
I wonder, will the meek inherit all the earth?

I wonder, as our world collides,
I want to reach out there, across the great divide.

Like the world which Plant envisions, the whole overcrowded tune teeters on the edge of disaster, but ends up being something quite cohesive and surprisingly beautiful. He sings a lament about the problem, even as the music celebrates the reality that somehow, at least for a time, this thing holds together, in spite of all the forces which would blow it apart. Beautiful, and hopeful. Kyrie Eleison.

One Response to “Something Old, Something New”