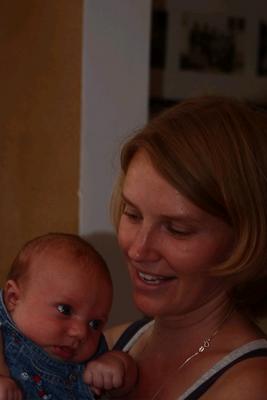 In lieu of a baby shower (since the baby had already arrived…), a few people from church hosted a quilting bee/fort raising yesterday. It was a great chance to see different folks using their varied gifts. Young and old, male and female, experienced and neophyte; everyone had a great time, and got lots of work done too. 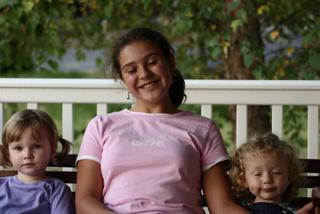 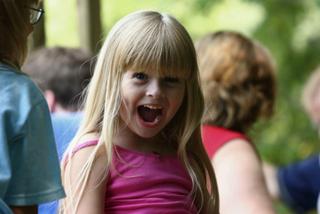 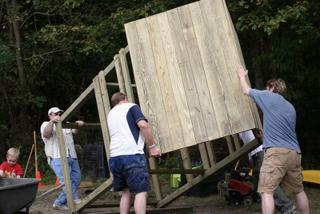 I was honored to spend most of the day working with Mr. Atlas, who did a ton of quality work from the minute he arrived until the minute he left. Including, but not limited to: sanding, lifting, squaring, fastening, hoisting, blocking, bolting, drilling, cutting, teaching, fixing, explaining, adding, and single-handedly holding up the gargantuan finished project while we slowly excavated underneath it. He’s a guy who I’ve admired, but had a little trouble connecting with over the past few months. But once we got the tools out and started doing stuff, it seemed like we had a great connection and a lot of fun together. My suspicions were confirmed when I later learned that he’s a farm kid. Man, when you need to get something done, I’ll take a farm kid over any other crew of three.

The recipients of said pirate fort were elated, to say the least. 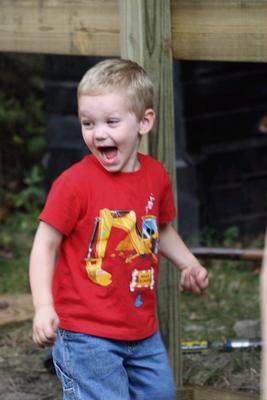 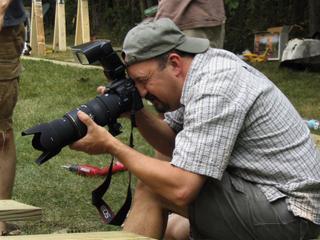 And we had a rare sighting of The Sniper (who took most of these shots).