Back From The Beach 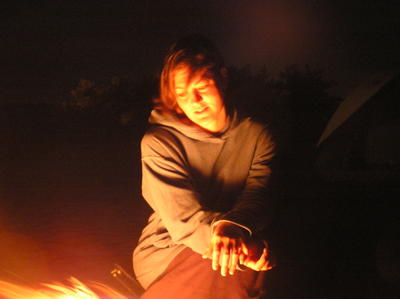 After a dozen years of marriage, the woman I wake up with and I did a little getaway to the beach, which is a great place to watch the sky, and listen to the waves, and remember what it feels like to be alive. She deserves a lot better, but was very happy to camp at the state park, so we just chilled out there and took it easy. We were wanting a bit of retreat so that we could see more clearly the movement of God in our life together, and we wanted to do nothing: swim in the ocean, sit on the sand, watch the campfire. And to remember that the latter very often leads to the former.

Of course, it was also a time to eat. Mostly seafood, which is always a part of any beach trip for us. Crab soup, crab cakes, steamed crab, shrimp, crab imperial, fish and chips. But also some 12-year-old single malt which we bought a while back. It was cool to think about that delicious, intense, satisfying treat and the way it has developed over the past twelve years, just as we have.

Our farewell to the ocean was punctuated by a large pod of dolphins who were swimming up the beach just outside of the surf. Working, moving, eating, surviving, but never too busy to ride a wave from the inside, or take some time for a completely superfluous and celebratory leap into the air.